Join award-winning Austrian film director, filmmaker, professor, and multimedia artist Virgil Widrich in a workshop on the time-dilating “tx-transform” technique. Invented by collaborator Martin Reinhart, the film technique “tx-transform” exchanges the time (t) and space (x) axes in a film. Normally, each individual film frame represents the entire space, but only a brief moment of time (1/24 second). In the case of tx-transformed films, the opposite is true. Each film frame shows the entire time, but only a tiny part of the space.

Workshop participants will work collectively with the internationally known artist using a camera, motion control, computer, and special software environment. All participants will receive a link to download the filmed material themselves. No special equipment is required.

The CODAME ART+TECH Festival will also showcase this technique in two media installations - “tx-reverse” and “tx-mirror.” These works have been exhibited at Ars Electronica in Linz/Austria, ZKM | Center for Art and Media Karlsruhe in Germany, Festival International du Cinema d’Animation Annecy, and other major venues across the globe.

Intro. The participants will be the actors in their own transformations. Technical part will be done by the presenter.

Nothing to bring. The presenter will do all the work on his machine. 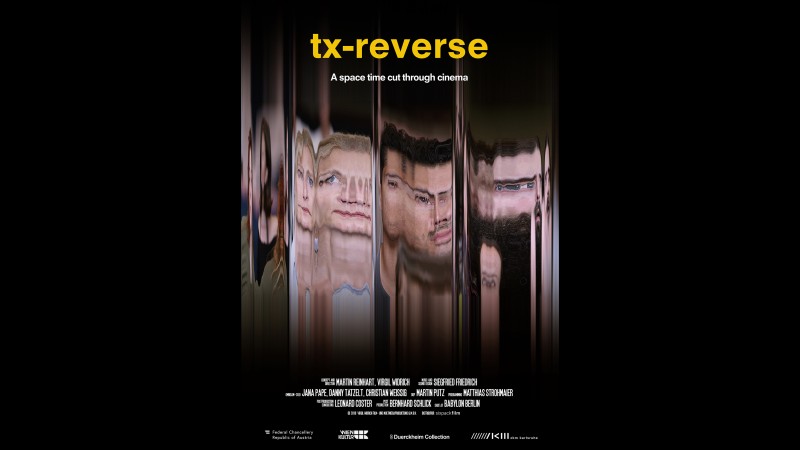 A classic approach to media theory is to present the visual experiments of the avant-garde as a continuation of the physiological research of the 19th century. This derivation - and subsequently the resulting omissions - is based on the mechanistic idea of an autonomous "perceptual apparatus", which itself is to be stimulated or irritated by other apparatuses or the "media". What is often neglected, however, is that we humans do not have an objective-technical perception in this form and that we can easily process information that does not correspond to our "natural" perception - be it paradoxical or symbolic. The 20-year-old film technique "tx-transform" and its technical and artistic precursors can be used to illustrate the limits of this common argumentation and to sketch an alternative history of the media that dispenses with anthropomorphic derivations and metaphors. This opens the way to contemplation in which the supposedly modern, non-photographic image media can also be integrated much more conclusively. The magic of analogue film, which still lies today in its miraculous transfer of the frozen single image into the living movement, thus becomes understandable as a technical-physiological special case that cannot easily be transferred to the other visual media.

Get your tickets while still available for an extraordinary learning experience.

CODAME is a member of Intersection for the Arts a non-profit 501(c)(3) organization.

All proceeds will be split with the participating artists.

Thank you for your support for ART ♥ï¸ TECH !!!

Code of Conduct for all attendees.